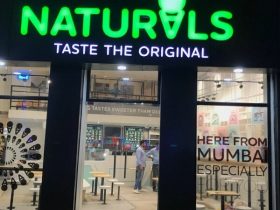 How to Get Naturals Ice Cream Franchise in India?

Do you know that, according to the reports released by the IMARC group Indian ice cream market grew by almost 14% in the 2014-2019 period? It is estimated that various factors like increased disposable income, changed consumer preferences, improvement in the supply chain, and easy availability of deep freezers contributed to this growth.

Furthermore, this market is estimated to be worth INR 376 Billion by the year 2024. Therefore, starting a Baskin Robbins Franchise in your city will give you an opportunity not only to become franchise business partners of a world-renowned Ice cream brand but also to step into the franchise world of this growing market.

Baskin Robbins was co-founded by Mr Burton Baskin and Mr Irvine Robbinson in the year 1945. The first outlet was opened in the same year in California, USA. It was in the year 1970 that the brand spread its wings and marked its presence internationally. As of now, Baskin Robbins has more than 7000 outlets in 50 countries across the world.

The company entered the Indian market in the year 1993 by forming a collaboration with Ghai Group. Ice creams are manufactured in a plant in Pune, working under the license of Baskin Robin International. The brand has almost 750 franchise stores in more than 195 cities in the country.

Since you are looking into starting a franchise of Baskin Robbins, you should be aware of the following details about this biggest ice-cream retail chain in India.

Things You Should Know about Graviss Group

Baskin Robbins, one of the best premium ice-cream companies in the world, is a part of The Graviss Group, which was founded in 1945. Other brands that are also part of this group include Hotel InterContinental, Mumbai, Rich Graviss, India, Mayfair Catering and Banquets services Mumbai, Kwality Ice cream and Zaffran restaurants, India.

The majority of the population living in India is vegetarian, and thus, the products offered by Baskin Robins in India are entirely vegetarians in their composition. Hence, it is more appealing to the ordinary people of India.

Being made from all the natural ingredients makes the products offered by this company a whole lot healthier. Having the assurance that no artificial ingredients are used in manufacturing the most favourite dessert of India gives such relief to the consumer’s heart.

The company offers a wide variety of ice creams in more than 1000 flavours; hence there is something to satisfy every palate.

Made from Cow Milk

The best part about the ice cream Baskin Robbins offers is that it is made from cow’s milk. It indirectly adds to the nutritional value of the products offered by the company.

Flavor of the Month

To be successful in any business, it is essential to adapt to the changing preferences and choices of the consumers. And this is what Baskin Robbins understood very early on. Therefore, the company has emphasized bringing out the new flavour for its customers that, too, every single month.

The company has made gifting a treat at Baskin Robbins to the loved ones more comfortable. It offers gift vouchers of INR 100, INR 200 and INR 500 at its franchise outlets.

The Baskin Robbins outlet has something for each of its customers, as it has a wide range of products starting from ice creams, sundaes, thick shakes, sticks, desserts, waffles, cakes, and brownies.

Why Should You Start a Franchise of Baskin Robbins?

Discussed below are various reasons why you should take a Baskin Robbins Franchise in your city,

Baskin Robbins is one of India’s most significant international brand offering its products in India. Starting its franchise outlet in your city will enable you to become a franchise partner of this well-reputed brand.

Baskin Robbins is known to support its franchise partners throughout their journey of a franchise business, right from selecting the premises to seamlessly running the business.

This franchise outlet consists of a small cubicle or any other open-end space.

This franchise outlet consists of two segregated places, one for the preparation of ice cream and another a seating place for the customers.

This franchise outlet is almost the same as the one mentioned before; just the sitting area is much bigger so that customers can relax, hang out, or even have a small celebration with their family and friends.

The requirements to open a Franchise of Baskin Robbins completely depends on the type of franchise business model you intend to open. The details are as discussed below,

Baskin Robbins Ice cream KIOSK – This franchise can be opened in front end premises of 150 sq. ft. the area only having a frontage of 10 feet.

Baskin Robbins Ice cream Parlour – This franchise can be opened on premises of 250 sq. ft. area having a frontage of 12 feet.

Baskin Robbins Ice cream Lounge – This franchise can be opened on premises of 500 sq. ft. area having a frontage of 15 feet.

The Baskin Robbins franchise business aspirant should be enthusiastic about expanding its reach further and making it quite successful. Furthermore, he or she should have the financial ability to open more and more franchise outlets with passing years. The franchise partnership should strengthen the brand in all the ways possible.

Investment – How Much Does a Baskin Robbins Franchise Cost in India?

Investment amounts will be different according to the type of franchise business model you intend to open. Baskin Robbin’s franchise cost will be as follows,

The term of the franchise agreement is that of five years, after which the contract can be easily renewed.

How to Apply for a Baskin Robbins Franchise?

After applying for the Baskin Robins franchisee, you will be contacted by the expert team to understand your requirements as a business partner and access the proposed location.

Then you will be asked to sign an MOU, following which all the franchise business details will be shared with you.

If you confirm your interest in opening a Baskin Robbins franchise in your city, the Baskin Robbins head office will approve your application. Going further, you will have to sign a five-year franchise agreement with the company. 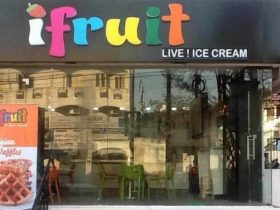 How‌ ‌to‌ Get an iFruit Ice Cream Franchise‌ in India? 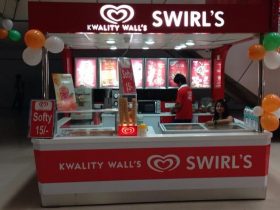 How to Get a Kwality Walls Franchise in My City?

How to Get Naturals Ice Cream Franchise in India? 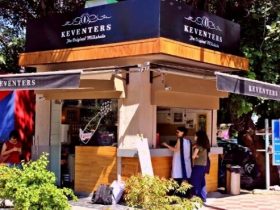 How to Get a Keventers Franchise in My City?

Baskin Robbins is the largest retail ice cream chain in India, and taking its franchise will facilitate you to form a sort of collaboration with such a renowned company.

Moreover, the company offers several different types of franchise models, which indirectly allows franchise business aspirants like you to choose the most appropriate business path.

We hope the information shared in this article is helpful for you in your journey as a Baskin Robbins franchise owner. However, if you have any further queries, you can always write a comment below, and we would get back to you soon.